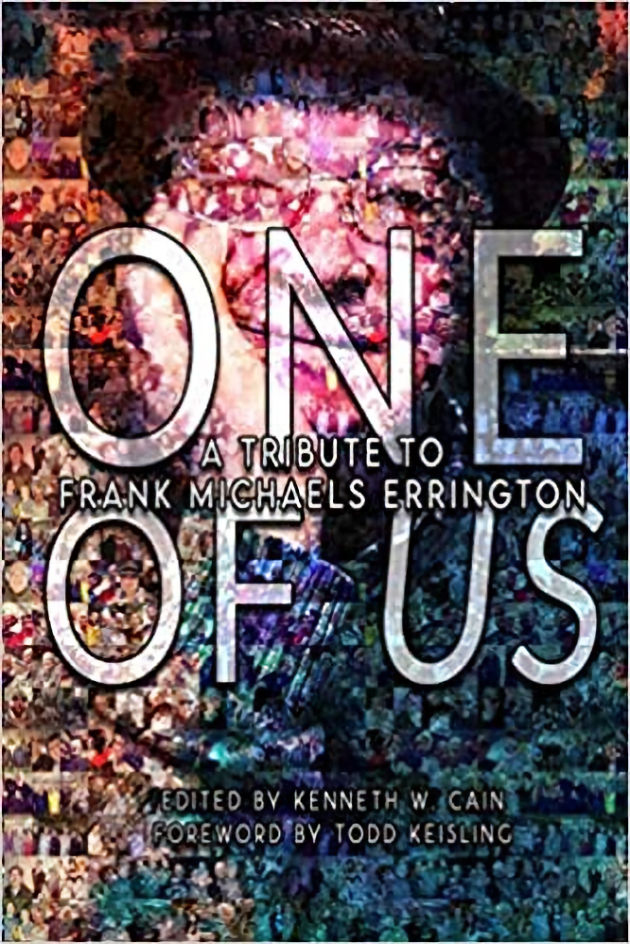 âWhat Are Little Girls Made Of?â

ONE OF US: A TRIBUTE TO FRANK MICHAELS ERRINGTON

The horror community lost Frank Michaels Errington and his absence has been so thoroughly felt by all who were lucky enough to interact with him. Kind, gracious, inclusive and just an all-around nice man. Frank made a large impact as a book reviewer, but he also had a positive effect on many individual creators by making sure that everyone felt welcome and acknowledged.

One of Us: A Tribute to Frank Michaels Errington is filled with stories of writers whose lives Frank touched in one way or another. He challenged them, cheered them on and he made sure to read the big names and small names alike.

Frank needed a new kidney. He was undergoing dialysis treatments and hoping for a compatible donor, but, unfortunately, he was not able to get the help in time to save his life. Because of this, proceeds from the sale of this book will be donated in Frank's name to the American Transplant Foundation. Help us help others in Frank's situation before another vital person is lost to those who value them.

This book represents the camaraderie and love that Frank instilled in the horror community. If you ever feel alone or out of place, just remember the words that Frank himself told many creatives while he was still alive. 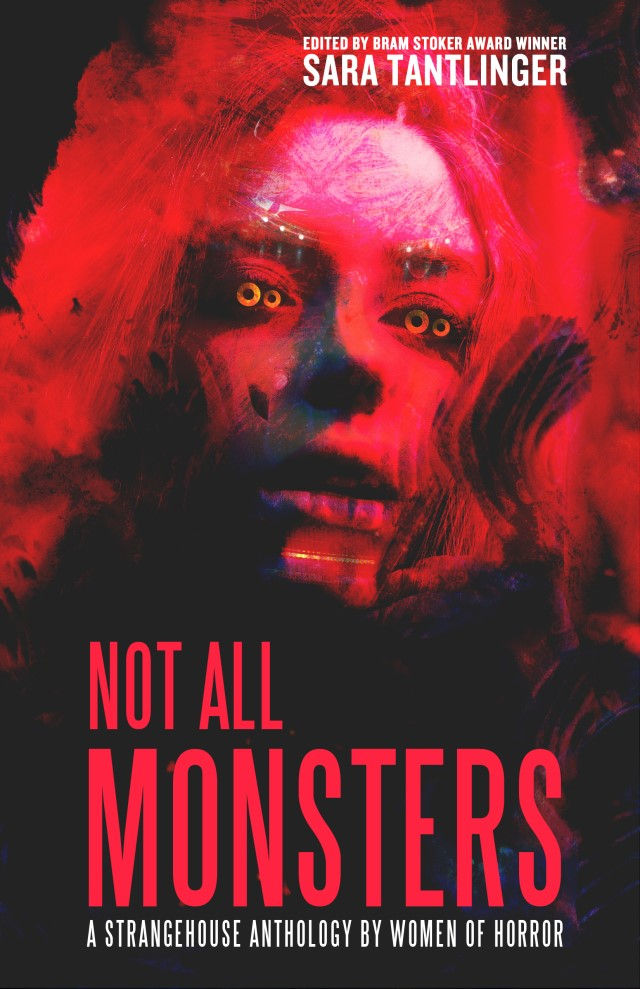 âAnd Sweetest in the Gale is Heardâ 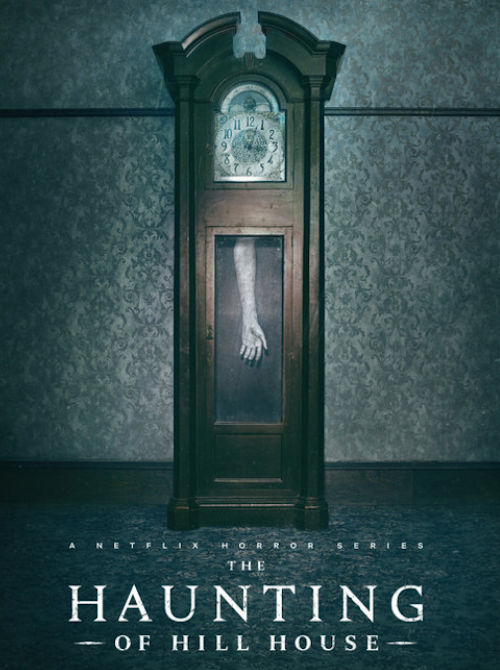 âA Dream is a Wish Your Heart Makesâ

Outpost 28 Issue #4: Halloween Edition, Elvelon Press
Outpost 28, Issue 4 has risen again! This Halloween Edition is crawling with haunted tales of despair and chilling darkness. The illustrations lurking within these cursed pages are equally sinister and foul, dripping with sorrow and gloom. If that does not satiate your brain-eating appetite, you can also sink your teeth into poetry, comics, and exclusive interviews with prominent musicians. Welcome back to Outpost 28!
» Read more 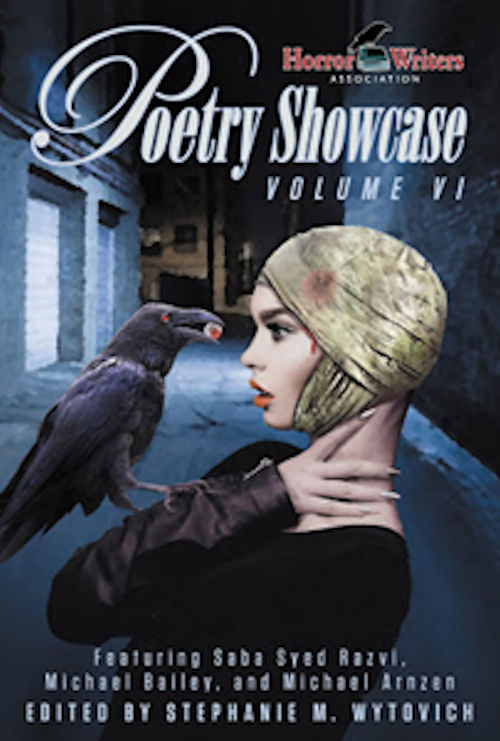 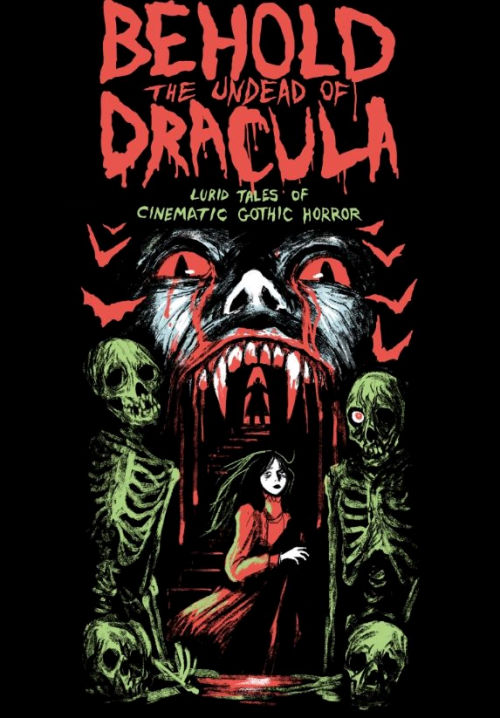 The classic monsters have returned... again! During the gothic horror revival of the late 1950s through the 1970s, vampires, witches, devil worshipers, occultists, spirits, ghouls, and grave-robbing mad scientists returned to terrify a new generation of thrill-seeking movie audiences. Influenced by the social and cultural upheavals of the time and the ever-present specter of nuclear war, these classic terrors became more violent, more subversive--and more seductive.

Behold the Undead of Dracula features stories inspired by the films of the gothic horror revival, dripping with blazing bright-red blood and radiating sex appeal. Eleven of the best authors in underground horror fiction offer up unique and terrifying takes on this special era of cinematic history, summoning spine-tingling tales sure to frighten and seduce unwary readers. Grab your popcorn, take a seat, and watch as the curtain rises on these gothic nightmares. Bear witness to the lurid and sensual horrors of Behold the Undead of Dracula!
» Read more 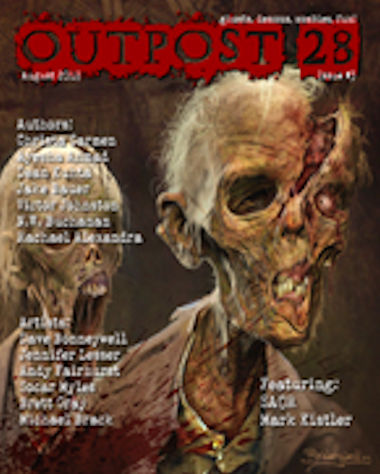 âThe Rest Will Be in Piecesâ
Outpost 28 Issue #3, Elvelon Press

Outpost 28, Issue #3 features horrific tales of witches, ghosts, and demons. A woman cursed by an ancient evil, a teenage girl haunted by her loneliness, and a warriorâs quest to reach paradise. These are just a few examples of the fantastic stories that torment the pages within.
» Read more 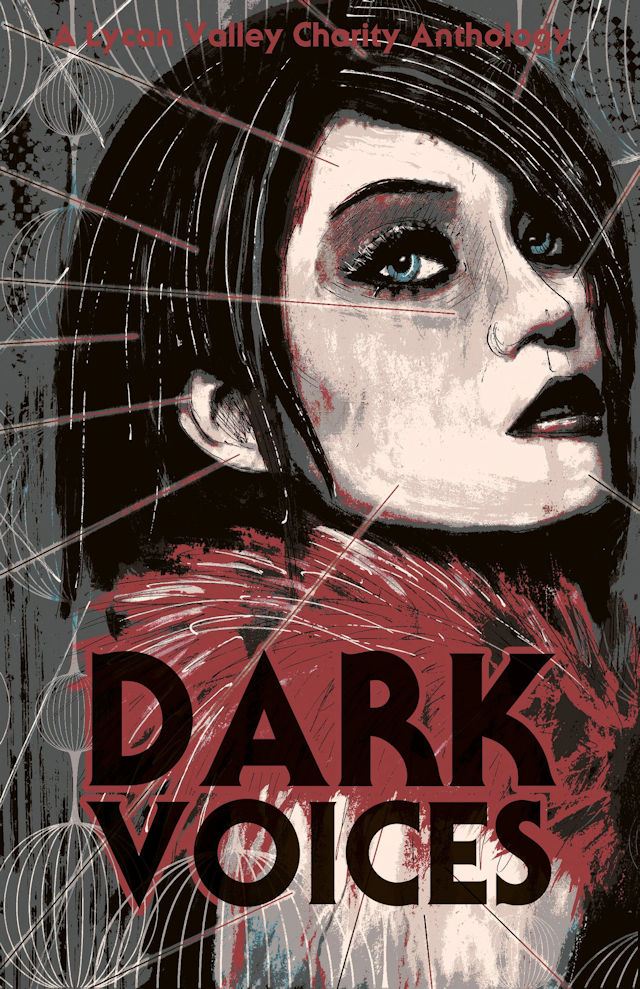 âThe House at the End of Her Mindâ
Dark Voices, LVP Publications 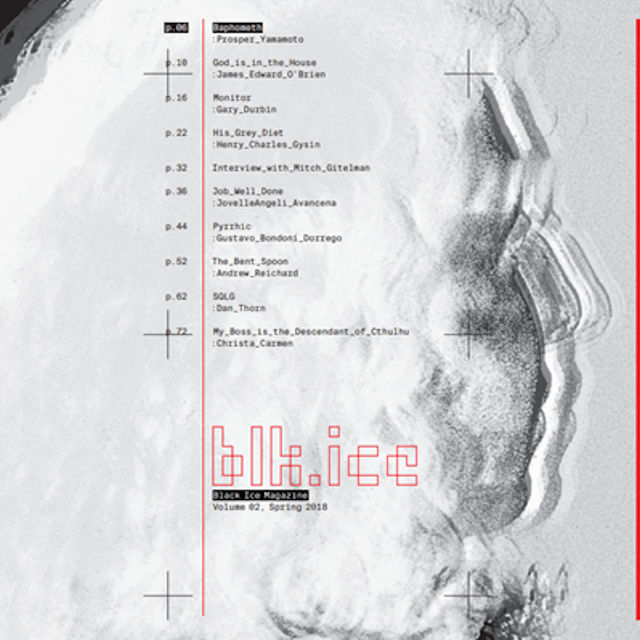 "True Life: My Boss is a Descendant of Cthulhu"
Black Ice Magazine, Vol. 2

Eighty pages of speculative fiction from new and emergent writers, including âGod is in the House,â by James Edward O'Brien, âMonitor,â by Gary Durbin, âHis Grey Diet,â by Henry Charles Gysin, an Interview with Mitch Gitelman, âJob Well Done,â by JovelleAngeli Avancena, âPyrrhic,â by Gustavo Bondoni Dorrego, âThe Bent Spoon,â by Andrew Reichard, âSQLG,â by Dan Thorn, and âTrue Life: My Boss is the Descendant of Cthulhu,â by Christa Carmen.
» Read more 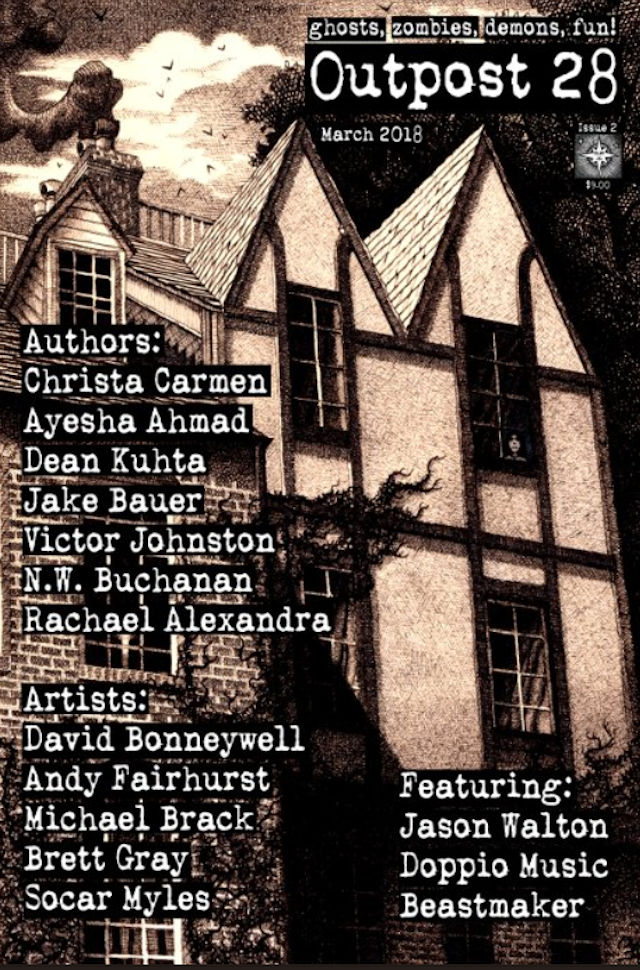 A collection of dark short stories, artwork, and interviews that feature soul-swallowing horror, phantasmic darkness, and a satisfying dosage of brain-munching zombies. Issue #2 features tales by Christa Carmen, Ayesha Ahmad, Rachael Alexandra, Dean Kuhta, and Victor Johnston as well as illustrations by professional artists like Andy Fairhurst, David Bonneywell, Michael Brack, Socar Myles, and Brett Gray. In addition, there are follow-up interviews from Issue #1 with musicians Jason Walton (formally of Agalloch), Tim Cretella from Doppio Music, and Trevor Church of Beastmaker. Buy your copy of issue #2 today to enjoy the many curious worlds of Outpost 28! 50% of all proceeds of Outpost 28 go to helping the homeless in Richmond, VA.
» Read more

Issue #5 includes fiction from Christa Carmen, Stephen S. Power (author of The Dragon Round), John C. Foster (author of Mr. White, and Baby Powder and Other Terrifying Substances), David Busboom (author of Nightbird), Gary Buller, Jake Marley, K.P. Kulski, Sara Codair, and Aaaron J. Housholder. Includes a feature by Gwendolyn Kiste (author of And Her Smile Will Untether the Universe, and Pretty Marys All in a Row). Publisher spotlight on Coffin Hop and Q&A interviews with Owen King (coauthor of Sleeping Beauties, and author of Double Feature) and Christina Henry (author of Lost Boy, and Alice).
» Read more 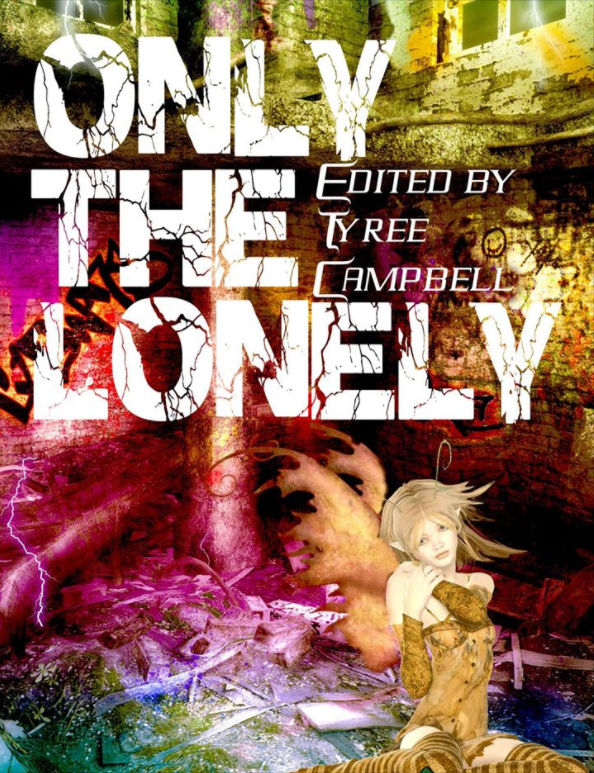 Loneliness is both an emotion and a condition. It can last a few moments, or for a lifetime. Either way, it leads to a theme that we explore in this anthology. All the main characters you will meet in Only the Lonely experience loneliness in one form or another, but do not mistake loneliness for a solitary condition. A person can be lonely in a crowd if he or she is or feels different from the others. Someone can also choose to be alone, for a variety of reasons. And sometimes solitude is thrust upon an individual. How they cope, or fail to cope... well, thatâs what this anthology is all about. Featuring stories by Christa Carmen, Teri Santitoro, Jay Caselberg, Lisa Timpf, Brianna Fenty, and Tyree Campbell, and delicately seasoned with a few themed poems, this is one anthology you donât want to miss.
» Read more 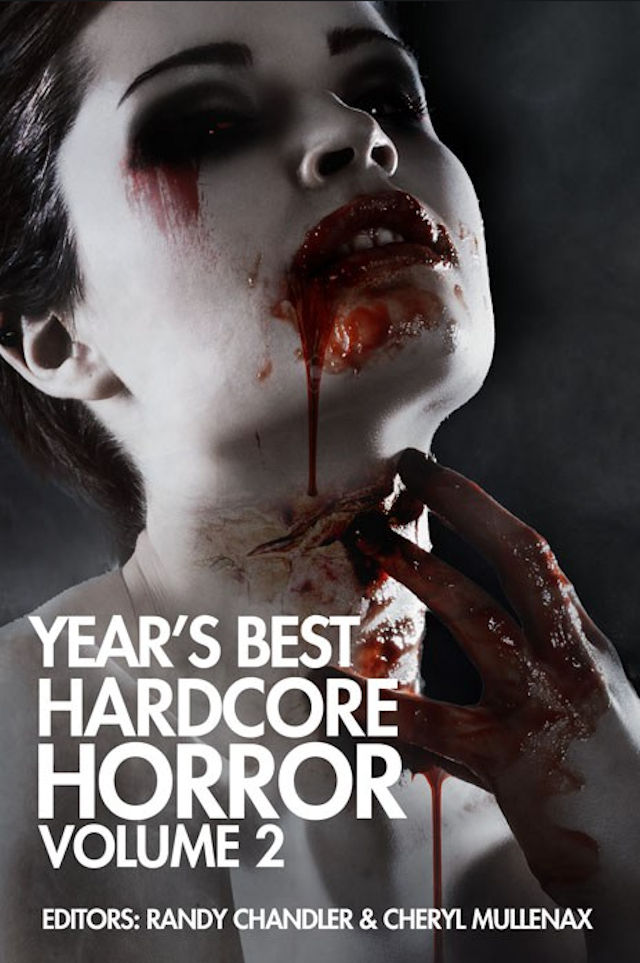 âThe most effective selections in this second annual compilation of gory and sexually explicit horror rely more on characterization and drama than on their extreme content...In Christa Carmenâs âThe Girl Who Loved Bruce Campbell,â a chainsaw-wielding young woman defends herself against a trio of ravenous mutants in a bloody spree that gleefully spoofs the more outrageous moments in the Evil Dead movie franchise.â â PUBLISHERS WEEKLY. Comet Press is extremely proud to present its second annual anthology featuring this year's hardcore corps of authors with the best extreme horror fiction of 2016 that breaks boundaries and trashes taboos. Selected from indie publishers and magazines such as Corner Bar Magazine, Weirdpunk Books, Necro Publications, Splatterpunk Zine, Carrion Blue, and Raw Dog Screaming Press, these stories represent the state of the art of extreme horror fiction. Whether extreme in theme or with gore galore, these disturbing tales will be hard to forget even though you may wish you could. Yes, there will be blood. Lots of it. Gore galore and plenty of the gushy stuff. But you'll also find tales less graphic but with hardcore attitudes, transgressive stories you're not sure you should be reading, stories showing you things you shouldn't see. Visceral fiction by Christa Carmen, Michael A. Arnzen, Jasper Bark, Marvin Brown, Adam Cesare, Matthew Chabin, Jose Cruz, Andrew Darlington, Paolo Di Orazio, Stefanie Elrick, William Grabowski, Sarah L. Johnson, Eric LaRocca, Alessandro Manzetti, Tim Miller, Alexandra Renwick, Bryan Smith, Jeremy Thompson, Tim Waggoner, Wrath James White, and Stephanie M. Wytovich.
» Read more 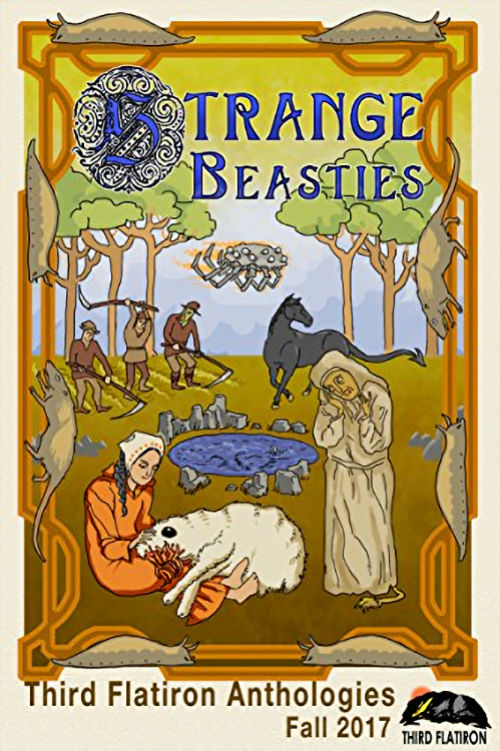 Nothing is too strange for Third Flatiron's new anthology, "Strange Beasties." Find something unsettling at every turn, from rising primordical monsters and gods to murderous supernatural predators and vengeful soul-hungry demons. There's plenty of dark comedy too, with gamblers who race unusual beasts, ogres who run cooking podcasts, horrifically dysfunctional families, and unhinged sorcerers. An international group of new and established contributors to "Strange Beasties" makes this an original and varied collection that is sure to please fans of science fiction/fantasy, slipstream, humor, and horror. 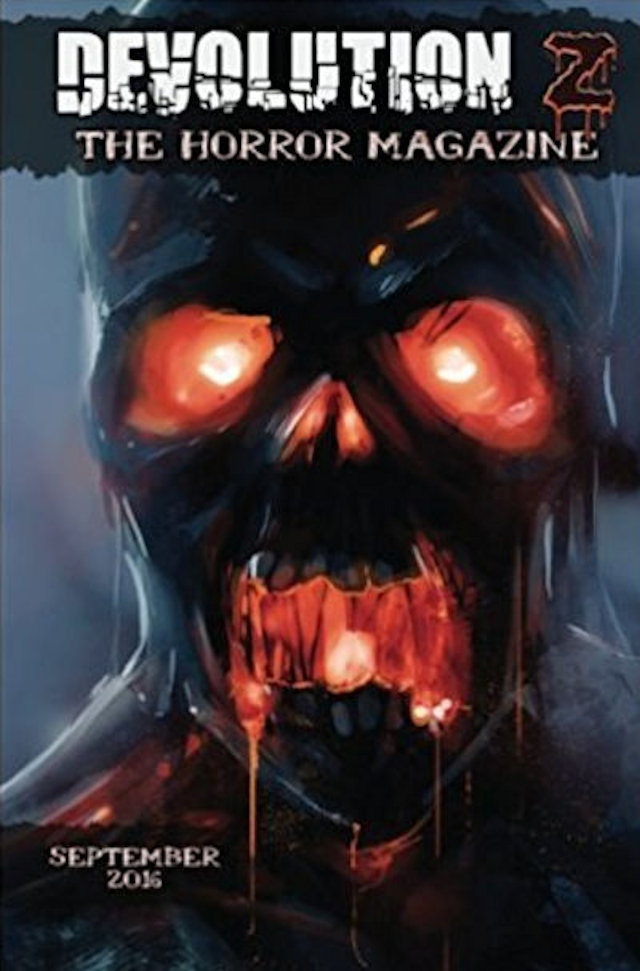 13 original short stories, articles, and poems from talented authors of horror from around the world. Published monthly, Devolution Z Magazine brings you supernatural horror fiction, as well as nonfiction based on local and urban legends, myths, terrifying encounters, and all things supernatural and frightening.
» Read more 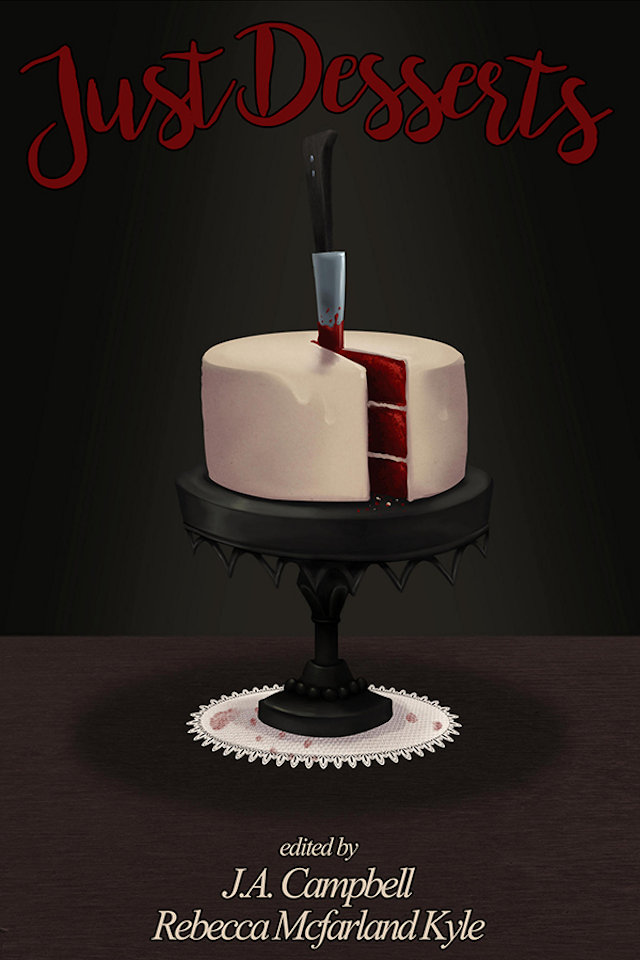 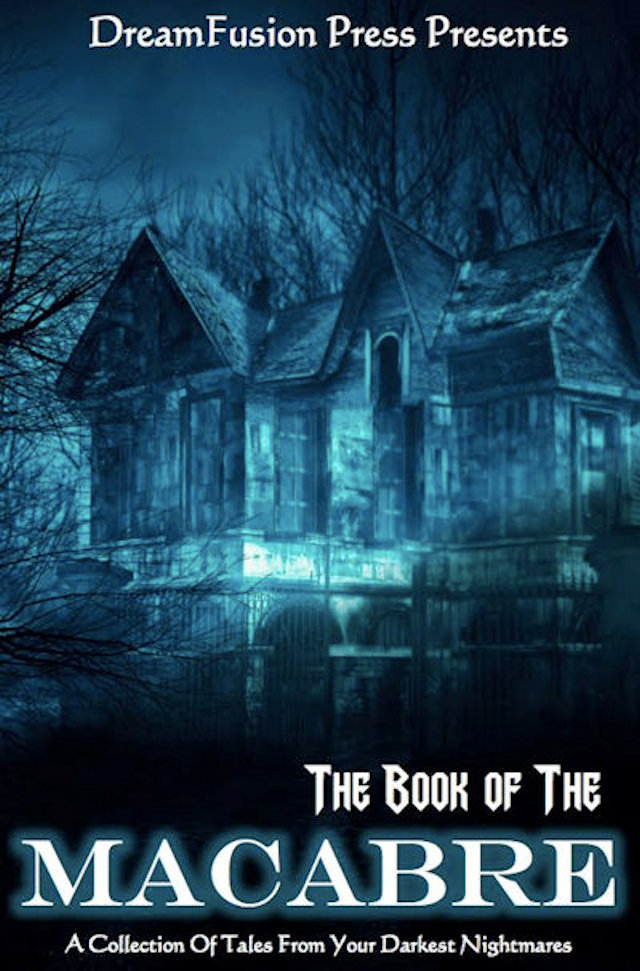 âF***ing Up the Universeâ
The Book of the Macabre, DreamFusion Press

A morbid corpus of twisted tales drawn from the darkest recesses of some of the most disturbed minds ever to put pen to paper. Sinister and controversial, psychological and horrific, The Book of the Macabre thrusts you into a madness so disturbing youâll be clawing your way out. This collection of evil is sure to bring even the bravest souls to their knees, pleading for release. Talented curators of horror allow you inside their dark and twisted minds...if you dare.
» Read more 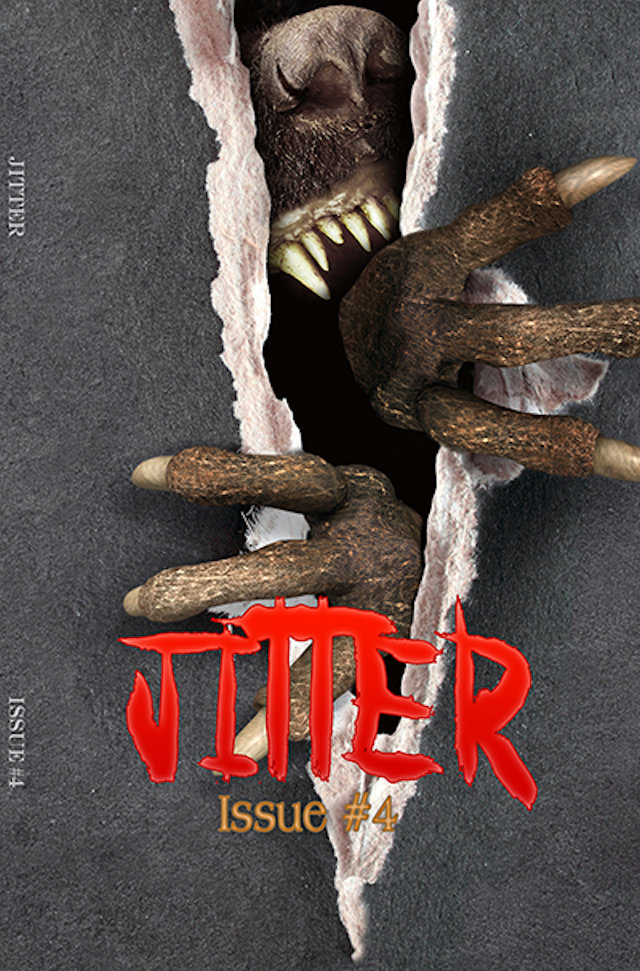 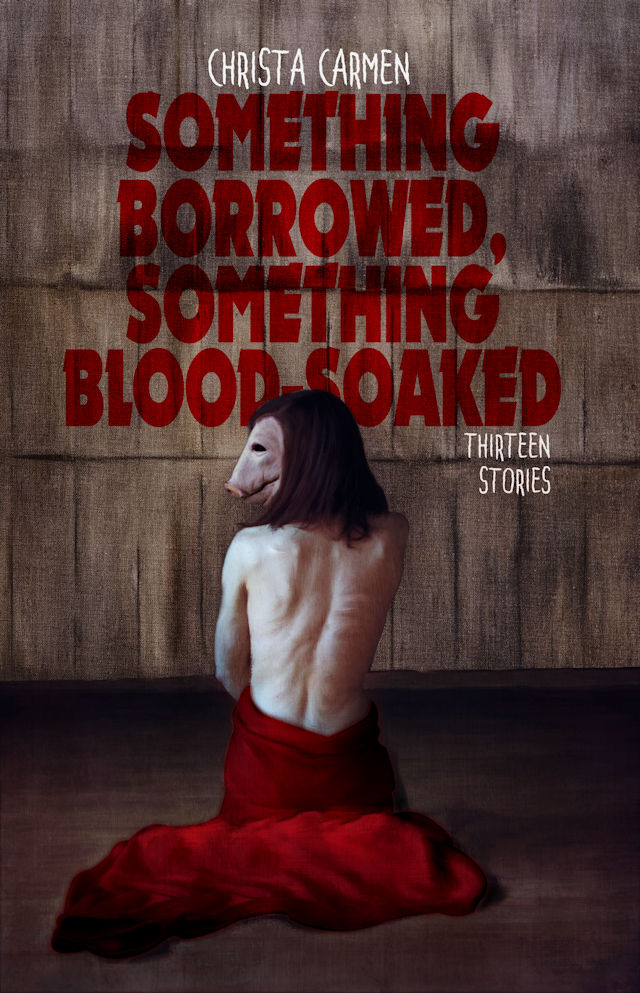 A young woman's fears regarding the gruesome photos appearing on her cell phone prove justified in a ghastly and unexpected way. A chainsaw-wielding Evil Dead fan defends herself against a trio of undead intruders. A bride-to-be comes to wish that the door between the physical and spiritual worlds had stayed shut on All Hallows' Eve. A lone passenger on a midnight train finds that the engineer has rerouted them toward a past she'd prefer to forget. A mother abandons a life she no longer recognizes as her own to walk up a mysterious staircase in the woods.

In her debut collection, Christa Carmen combines horror, charm, humor, and social critique to shape thirteen haunting, harrowing narratives of women struggling with both otherworldly and real-world problems. From grief, substance abuse, and mental health disorders, to a post-apocalyptic exodus, a seemingly sinister babysitter with unusual motivations, and a group of pesky ex-boyfriends who wonât stay dead, Something Borrowed, Something Blood-Soaked is a compelling exploration of horrors both supernatural and psychological, and an undeniable affirmation of Carmenâs flair for short fiction. 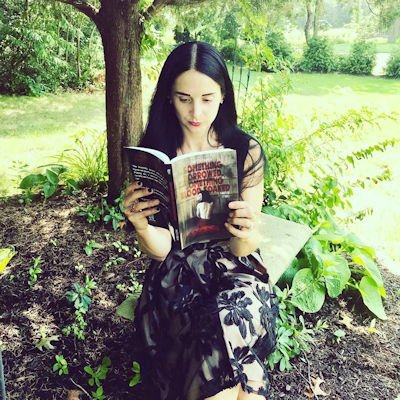 Due to the ongoing COVID-19 pandemic, there are no in-person events scheduled at this time.